Eric Stevens was born October 1, 1989, in San Pedro, California. He grew up to be an accomplished professional athlete, fearless firefighter, and loving husband. Eric is now in the fight for his life, and for the lives of everyone affected by this disease.

As captain of the football team, Eric led the Bears at the University of California Berkeley to many victories during his time on the field. After graduating from Berkeley, Eric went on to play for the St. Louis Rams. While playing professionally is the dream of many athletes, Eric decided to hang up his helmet and return to Los Angeles to be closer to his family. In an effort to give back to his community and loved ones, Eric became a firefighter.

July 27, 2019, was the happiest day of his life—the day he married his college sweetheart, Amanda Glass. However, months before their special day, Eric had been experiencing concerning symptoms and a decline in his health. One month later, on August 27, 2019, at just 29 years old, Eric was diagnosed with ALS, also known as Lou Gehrig’s disease. Doctors told Eric there is no cure and his average life expectancy is just 2-5 years. In the blink of an eye, Eric and Amanda went from starting a new life and family together, to fighting for his life.

After doing much research, the Stevens family discovered there are promising ALS treatments showing extremely positive results, but they are stuck in the FDA clinical trial process and a lack of funding means limited expanded access, so ALS patients currently cannot try these therapies. Eric and Amanda knew this was not right, and they were going to do everything they could to try to fix the broken system. After starting the #axeALS campaign, appearing on the Ellen Degeneres Show several times, and traveling to Washington DC to meet with dozens of government officials, they are making great progress on raising more awareness and funds for this dreadful disease.

A Message from Eric Stevens

“This system is not working for patients living with ALS today. My hope is to make ALS a more well-known disease, raise funds for promising treatments and clinical trials, and motivate people in power to make changes that allow terminally ill patients to fight for their lives.”

“ALS IS A VERY EXPENSIVE DISEASE, costing patients an estimated $300,000 a year. The majority of patients bankrupt their families with the costs, and an even larger number simply can’t afford the cost to STAY ALIVE, so they don’t. Can you imagine – having to stop BEING ALIVE because it’s too expensive?”

With the rising cost of healthcare, coupled with loss of income, you can donate to this GoFundMe to help Eric and his family fight the good fight against this fatal neurodegenerative disease. 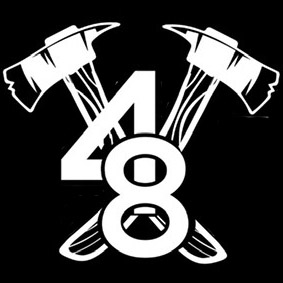 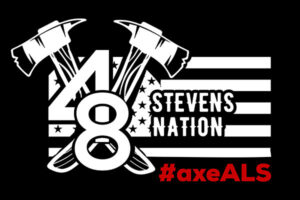